STUDY AND PLAY SOCCER AND ENGLISH IN SEATTLE..

PLAY SOCCER AND STUDY ENGLISH IN SEATTLE DURING THE SUMMER

PLAY SOCCER AND STUDY ENGLISH IN SEATTLE DURING THE SUMMER

PREPARE FOR THE TOEFL EXAM

Seattle is a green gem, with an abundance of evergreen trees throughout, and spectacular views of the Cascade mountains to the east and the Olympic mountains to the west.
The sea, rivers, forests, lakes, and fields surrounding Seattle make it an ideal place to practice a variety of sports: sailing, rafting, paddle boarding, climbing, hiking, etc…
The business center of the Pacific Northwest, the city and its surrounding areas are the home of Boeing’s aircraft assembly plants, Microsoft, Amazon.com, Costco, Nintendo of America, Starbucks and T-Mobile.
A cultural reference in the art and worldwide scene, Seattle is considered the home of grunge music, having produced artists such as Nirvana, Soundgarden, Alice in Chains, Pearl Jam, and Mudhoney, all of whom reached international audiences.

Starfire Sports Complex is used by all of the professional soccer clubs of the area, like the 2016 MLS Champions Seattle Sounders FC, the NWSL Seattle Reign FC, and the Seattle Sounders Women. Located minutes from Seattle, the 54-acre campus features:

If you’re looking for a top real estate agent in Seattle, WA, HomeLight is the place for you! 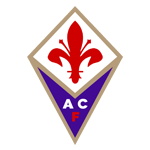 Do you have questions? Please send us an email!